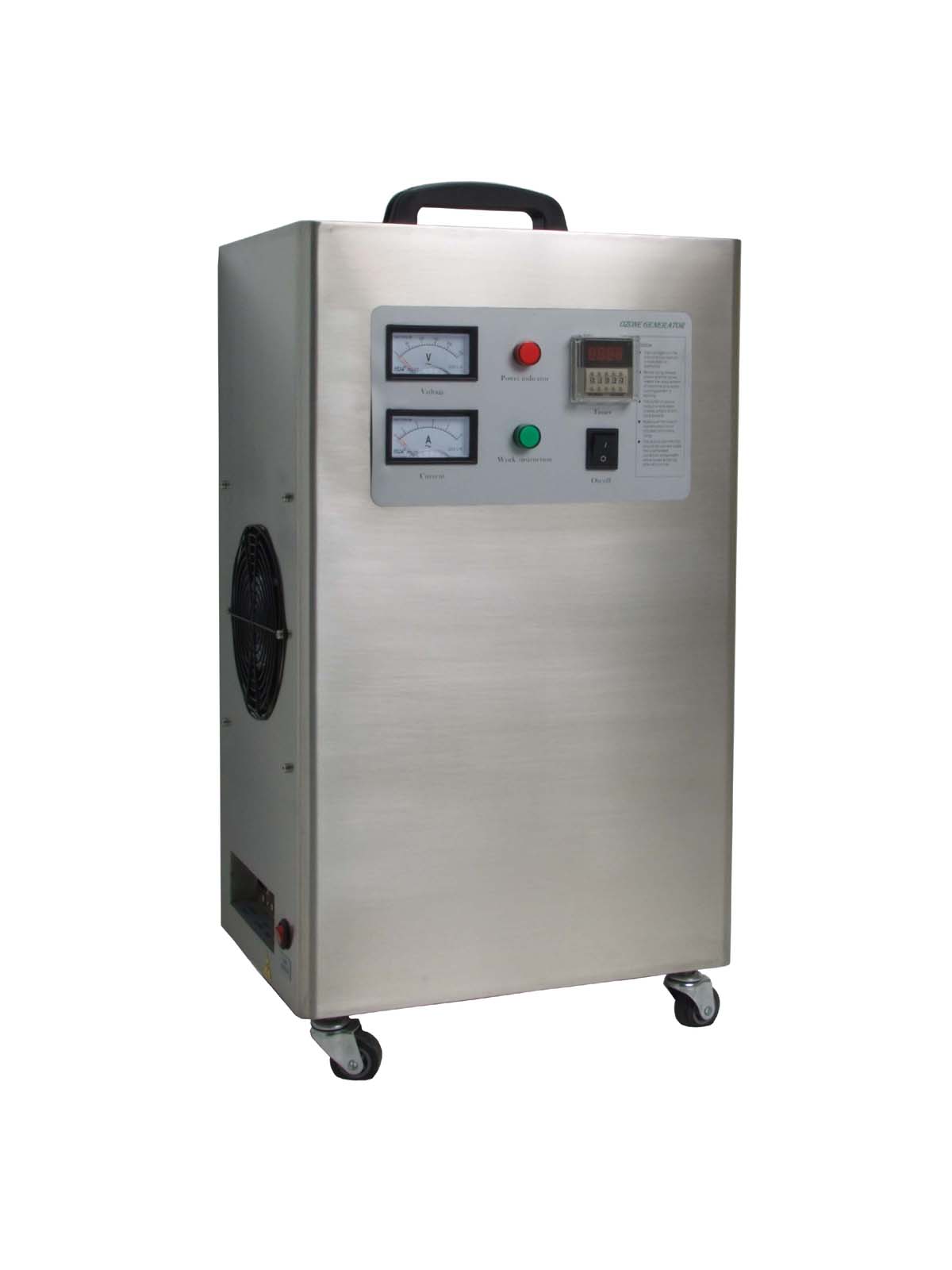 Ozone Generator Applications Ozone is a naturally occurring component of fresh air. The ultra-violet rays of the sun reacting with the Earth’s upper atmosphere, which creates a protective ozone layer, can produce it; or it can be created artificially with an ozone generator. The ozone molecule contains three oxygen atoms whereas the oxygen molecule contains only two. Ozone is a very reactive and unstable gas with a short half-life before it reverts back to oxygen. Ozone is the most powerful and rapid acting oxidizer produced, and will oxidize all bacteria, endotoxins, mold and yeast spores, organic material and viruses.

A Brief History of Ozone

Ozone has played a significant role in the water treatment process in the past and will continue to do so in the future. The utilization of ozone in industrial situations has a long and impressive history, one that pre-dates current environmental concerns. The American Indians, for whom fishing was a central industry, recognized a correlation between a successful catch and a strange odor released by the action of lightning after an electric storm. On the other side of the globe the Greeks had also noticed the odor (and so defined it “ozein”) and like the Indians, preferred fishing after a storm, which is still practiced today. The explanation for this natural phenomenon is that after an electric storm the upper layer of water in lakes is enriched with diluted oxygen and therefore naturally ozonated. The positive influence of ozone on the digestive system of different species of fish has been scientifically documented. The closed loop for fish farming is only possible with ozone because of its ability to destroy viruses responsible for many diseases in fish culture. The most common use of ozone is for the treatment of water. In 1906 a group of scientists and doctors studied the ozonation system at the Oudshoorn plant in Holland and later constructed a 19,000 m3/day (5 mgd) plant using ozonation for disinfection – at Nice, France. Nice is therefore referred to as “the birthplace of ozonation for drinking water treatment”.

The conversion of oxygen into ozone occurs with the use of energy. This process is carried out by an electric discharge field as in the corona discharge (CD) type ozone generators (simulation of lightning), or by ultraviolet radiation, as in UV-type ozone generators (simulation of ultra-violet rays from the sun). In addition to these commercial methods, ozone may also be made through electrolytic and chemical reactions.

Ozone and Its Applications in Disinfection

Ozone is not only a very powerful oxidizing agent but also a very powerful non-chemical disinfectant. It has the unique feature of decomposing to a harmless, nontoxic, environmentally safe material, oxygen. In Europe, ozone is used for many purposes: color removal, taste and odor removal, turbidity reduction, organics removal, microflocculation, iron and manganese oxidation, and most commonly, bacterial disinfection and viral inactivation. Most of these applications are based on ozone’s high oxidizing power. In European water treatment practices, ozonation is recognized as the preferred method of virus inactivation rather than just an alternative to the use of chlorine for disinfection.

* System Dependent, not effective on spores or cysts. Affected by turbidity, suspended solids.

Water or airborne bacteria and viruses cause nine out of ten diseases, including the common cold and the flu. Like chlorine, ozone kills microorganisms. The sterilization action of ozone is by “direct kill attack” and oxidation of the biological material. The rate of bacteria killed by Ozone is 3500 times faster than with chlorine. Virus destruction with ozone is instantaneous, safe and foolproof. Chlorine’s reactive oxidant is hypochloric acid, which is formed when chlorine is dissolved in water. This powerful oxidant will have significant long-term negative effects on our water sources. Ozone, on the other hand, has no side effects as far as the treatment of water is concerned. It has properly been described as the “add-nothing” sterilant. The non-toxic byproducts of the ozone reaction on organics and inorganics include carbon dioxide, ionizable carboxylic acids and neutralized organics.

E Chip Control Systems has been innovative in the water purification industry since 2010. In our medical and commercial applications, we have sought to remain on the cutting edge of product design, while finding ways to make our equipment simple to operate.

The addition of ozone generation and use to our product line offers the end user/operator an extremely simplified and efficient method of cleaning and disinfection. Currently offered for our Solution Distribution System (SDS), The OZ System offers a virtually maintenance free, nearly effortless method of bacterial and biofilm removal throughout the bicarbonate delivery lines and mixing system. Attachment to the SDS unit is simple and direct, and may be performed by any equipment technician

Please see the following illustrations to learn more about the use and effectivity of ozone, and E Chip Control Systems with Ozone System

Figure 3: Ozone ( O3 ) bonds with the organic compounds in the cell wall.

Figure 4: The free radical of Ozone breaks the bonds in the cell walls.

Figure 5: As the Ozone destroys the integrity of the cell wall, the structure begins to fail…

Figure 6: In milliseconds, the kill is complete, and Ozone continues to oxidize the bacteria and any released organics.